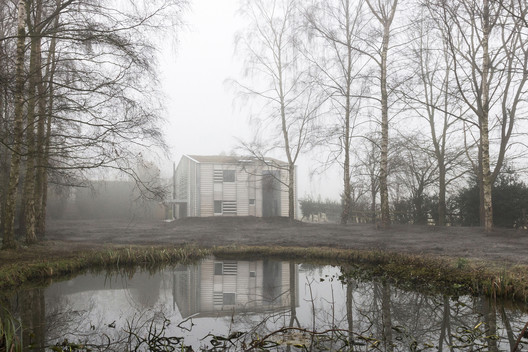 The Royal Institute of British Architects (RIBA) has announced the 2018 shortlist for the Stephen Lawrence Prize, an architecture award set up in memory of a young aspiring architect who was tragically murdered in 1993. Supported and founded by the Marco Goldschmied Foundation, the bursary has been increased this year from £5,000 to £25,000 to mark the 25th year since Stephen’s death. The prize is intended to encourage fresh architectural talent and reward the best examples of projects that have a construction budget of less than £1 million.

Stephen Lawrence Prize founder Marco Goldschmied said: “We have once again been astounded by the skill, ingenuity and determination shown in each project. The shortlist ranges from new and converted housing to a moving memorial, from education to hospitality. Each project has produced outstanding architecture fit for such a long-standing award.”

The winner of the 2018 Stephen Lawrence Prize will be announced at the RIBA Stirling Prize party on 10 October at the Roundhouse in Camden, London.

Below are the shortlisted projects: 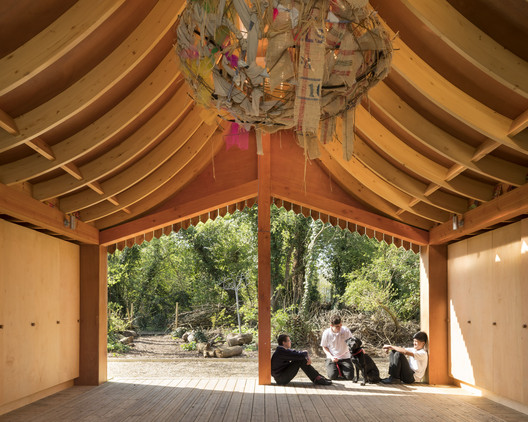 The Belvue School Woodland Classrooms arose from an intimate collaboration between architect and client. Belvue School is a secondary school for those with severe learning difficulties and other needs, which sits next to a small piece of land with trees and undergrowth. When the school needed more space, the head-teacher rejected the two Portakabins that were allocated for the students, instead choosing to independently raise money for a beautifully designed new space. The brief was to create 150 square metres of extra curriculum space, with a domestic quality and intimate scale. Studio Weave worked with the students through a series of story writing and design workshops, which developed the narrative of the adjacent scrubland being a magical, mysterious world. The new Woodland Classrooms became the gateway to this world, sitting at the border between the familiar space of the school and the magic outside.

The building has a temple-like quality, with an exposed timber frame and a series of three formed roofs that bring in light from above. There is a central space with two rooms on either side, one with a wood burning stove and the other used as a kitchen and dining area to help students develop independent living skills. With a design process that fully engaged with client collaboration, the outcome is a playful, cosy and personal space that carefully caters to its students. 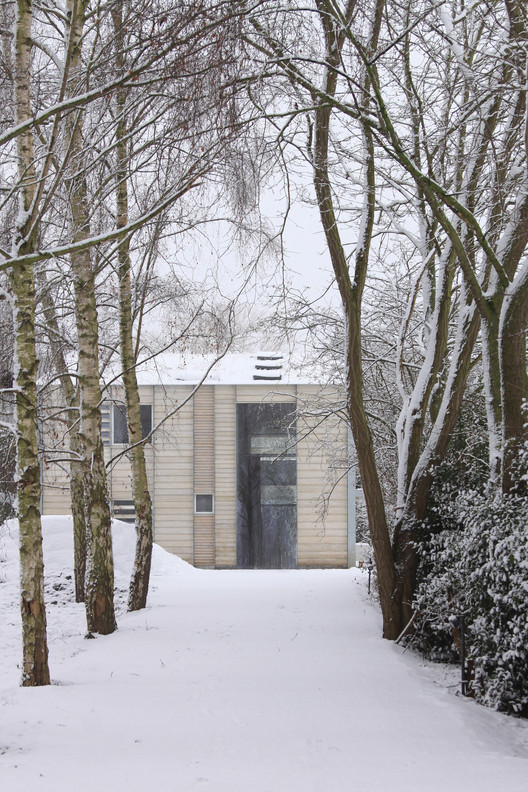 The clients of this project discovered a farm shed located in a wild garden, on the edge of a small village in North Yorkshire, and decided to convert it into their retirement home. They wanted to pull the beautiful surrounding landscape into the building’s form. Tonkin Liu satisfied this through a long double-height gallery that acts as a continuation of the tree-lined approach, while the library, bounded by mirror-backed shelving, evokes the silver birch found on the site.  The library is the heart of the home, a showpiece for a lifetime’s collection of books. The light and mirrors gave the space the impression of an art piece itself, and walking into the library from the living room brought gasps from the Awards Jury.

The architects have used timber louvres to limit solar gain in the south facing library, while following a passivhaus strategy of high insulation, high air tightness, complemented by mechanical ventilation with heat recovery. Larch cladding of various widths has been shot blasted and stained white between galvanised steel fins to offer a rhythmic façade that reads like the bark of the silver birch trees. Meanwhile, the colour scheme of subtle grey and white timber complements the art collection in every room. The architects describe the project as “part country cottage, part classical villa,” describing the house as “a journey of interconnected spaces that alternate between the grand and the intimate.” 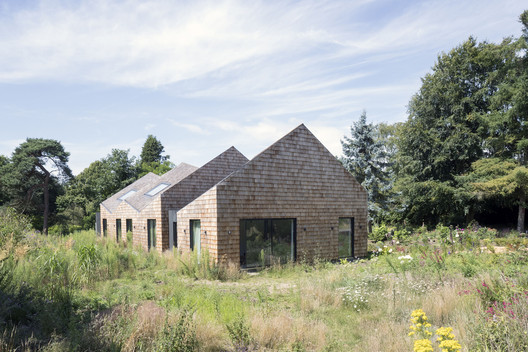 The Five Acre Barn is a project that transforms a modest barn into an elegant bed and breakfast hotel. The accommodation can hold five visitors, who can choose to live and dine together or simply use the space as a base for their travels around Suffolk. Each room in the building is expressed through the stepped form of the roof, with its own timber deck projecting out into the landscape. The new building directly links to a workshop building, which has been renovated into a stylish kitching/dining room/lounge. It is largely a self-build project, with the owners installing the cedar shingles and completing most of the joinery and decorations themselves, working alongside builder Paul Rolph. 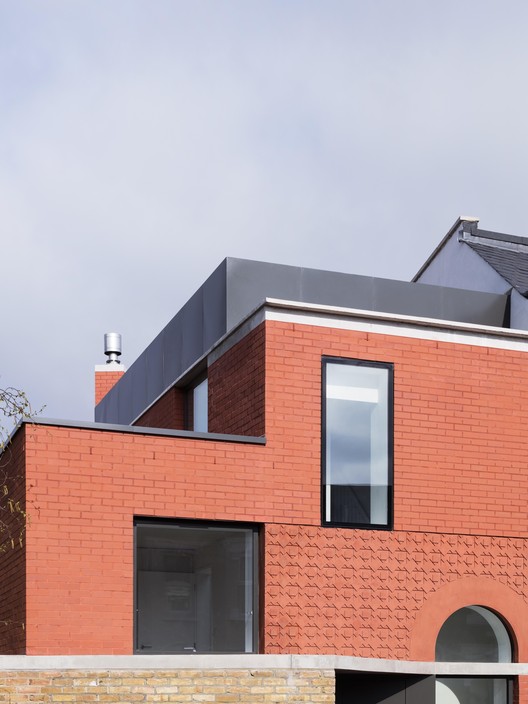 The jury report describes the Red House as “a new-build home which is an assertive piece of architecture, justly confident of its place in the street without being disrespectful, and sharing something of the spirit, solidity and decoration of the Victorian surroundings without veering towards any kind of artificiality.”

The architects had the challenge of dealing with a site that was difficult to work with in terms of its shape and levels of privacy with its adjacent neighbours. By cleverly “pushing and pulling” a series of angled living spaces, they resolved the geometrical challenge of the site, creating a comfortable space where small glazed courtyards draw light and ventilation into the low-level kitchen, dining and living areas. The façade responds to its context while bringing new life to the area, with the red brick matching the highlight brick in the existing terrace and the patterned pre-cast pigmented panel above the front door echoing the decorative brick patterns of the street. 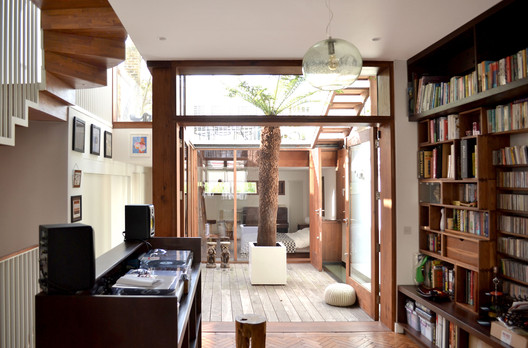 Dartmouth Park House is a re-invented Victorian London house, where AY Architects have reflected the client’s personal travels and interests through the design. The architects have opened up the original building to allow in natural light, creating a series of light-filled spaces linked by a courtyard, staircases and terrace. A stunning 9 metre high, 3-floor void extends from the basement to the second floor, featuring a white-steel and mahogany staircase. 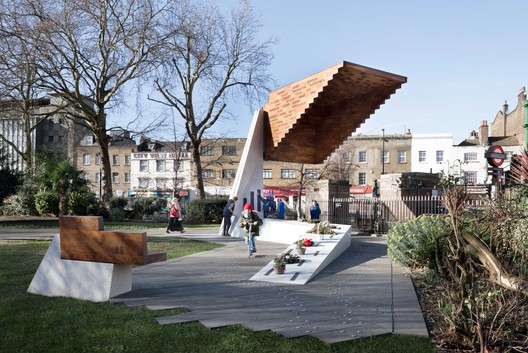 The Bethnal Green Memorial remembers the 143 people crushed and asphyxiated to death as they rushed to gain shelter during an air raid in 1943. This tragedy occurred in what is now the south-east access stair to Bethnal Green Underground station and is surprisingly unknown. The story was suppressed at the time in fear of undermining the war effort, and instead a rumour that a German bomb had caused the deaths was allowed to prosper. In 2006, architect Harry Paticas noticed a plaque that had been affixed to the stair in 1993 which quietly acknowledged the deaths. After researching the events, he felt strongly that a more suitable memorial was needed, and so he worked hard for 11 years researching, speaking to victims’ families, raising money, and negotiating with the owners of the land.

The design uses the hollowed out form of a stairwell to represent an inversion of the space in which the tragedy occurred. The stairwell is built from sustainably sourced solid teak, while conical shaped holes in its roof cast spots of light at midday to remember each life lost. A polished concrete plinth supports the inverted stair, and this twists across the site, telling accounts of survivors and victims’ families. The plinth leads to a bench where those who have just read the accounts can pause and reflect. 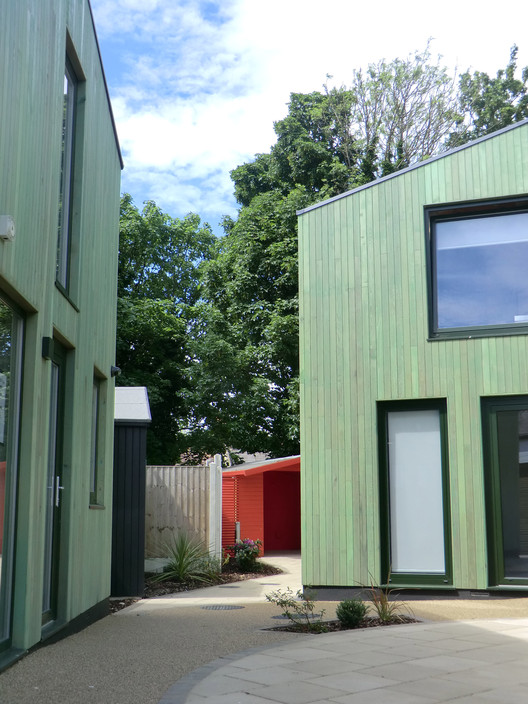 This project redeveloped garden sheds to create emergency homes for vulnerable women in the “red light” district of Southend. By laying out three new blocks around a central space, it created private and secure spaces for the women, allowing them to feel safe in this community shielded from the outside world. The buildings are colourful, simply built and carefully placed to maximise the sense of space. The architect, Steve Kearney, formed his own construction company to overcome early setbacks and deliver the project to a tight budget and timescale.